Today, I attended family court by Zoom, as the temporary guardian of my nephew. Today I submitted a motion to dismiss my previously submitted petition for permanent custody of him. My heart is so heavy.

I recently talked with a friend, who asked “So what happened? Why did you stop fighting for him?” And while I attempted to answer her, I haven’t been able to shake that question or the feeling it left in me.

Since the day he was born, when his father was in jail, when delivery was prematurely induced because he stopped growing, substance exposed, 11 months before he came to live with me full time, I fought for him. I stayed at the hospital for 5 days after he was born. I fought for the Massachusetts Department & Families (DCF) to not let him leave the hospital with his mother. The mother who has two other children she’s failed to nurture, provide for, raise or parent because of her addiction and mental health issues, but they failed him. They allowed that tiny fragile 4lb human to leave with her, only to live in a drug treatment home where he’d eventually get so sick he’d require hospitalization and intubation. I, a strong breastfeeding supporter, fought for Tufts Floating Hospital for Children to stop encouraging the mother to bring breast milk to the baby, when she left her drug program to visit him, because she was still taking opioids that passed through milk and interfered with his therapeutic medications. I offered to buy milk from a bank, to help him grow, but they declined. I fought for DCF to step in an not allow the baby to go back to live with her at his discharge, but they let him go. I fought for his father to live with me for six months, for him to get mental health treatment, get a paternity test, take parenting classes at the hospital, and pay child support to the horrible mother who gave birth to this baby. 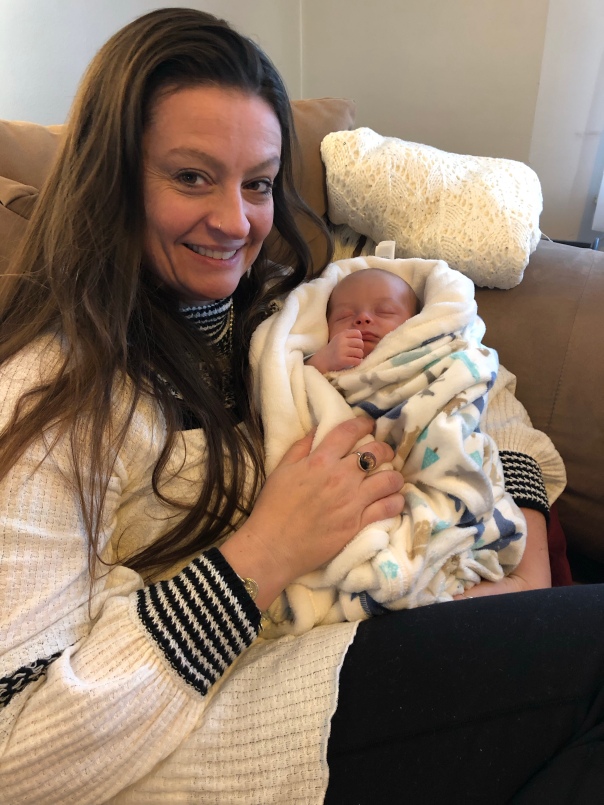 I fought for the baby to come visit me every weekend, so that I could see if he was growing or thriving.

The mother eventually left the Angel House on The Cape, in a hurry, telling everyone falsely that she “graduated” the program, only to take him to live in a homeless shelter in Marshfield, where they relapsed. I still stayed connected and took the baby on weekends.

The father was arrested again, naked in front of a family homeless shelter, injuring police officers in a drug induced episode, likely meth or crack. I fought for DCF to take him then, but they didn’t.

The measure or threshold for DCF to take a baby, or any action against a parent’s rights, is “eminent harm”…and they don’t mean emotionally, nutritionally or socially. Their measure is physical eminent harm, but they won’t even put that in writing. The measure is not whether or not the child has a good life or a healthy life, is loved and nurtured or happy and healthy. It’s about whether or not the parents have done anything egregious enough to put the baby in physical “eminent harm”. Yet.

When they were kicked out of that shelter, they went to live in another one run by High Point in Taunton. High Point is a well known drug treatment organization in this area. Again, they relapsed. This time they were both arrested, leaving the 11 month old baby sitting in a second hand car seat, in a disgustingly dirty shared bedroom strewn with trash, old food, and piles and piles of dirty clothes.

I arrived at the shelter in the middle of the night, to be met and questioned by police officers, before taking him home to live with me. DCF later showed up at my home at 4am to question me and see the baby. Only then, when the baby was left amid strangers, in his pajamas and a dirty diaper, at a drug rehab house, did they say they would take action, by taking emergency custody…unless I did. 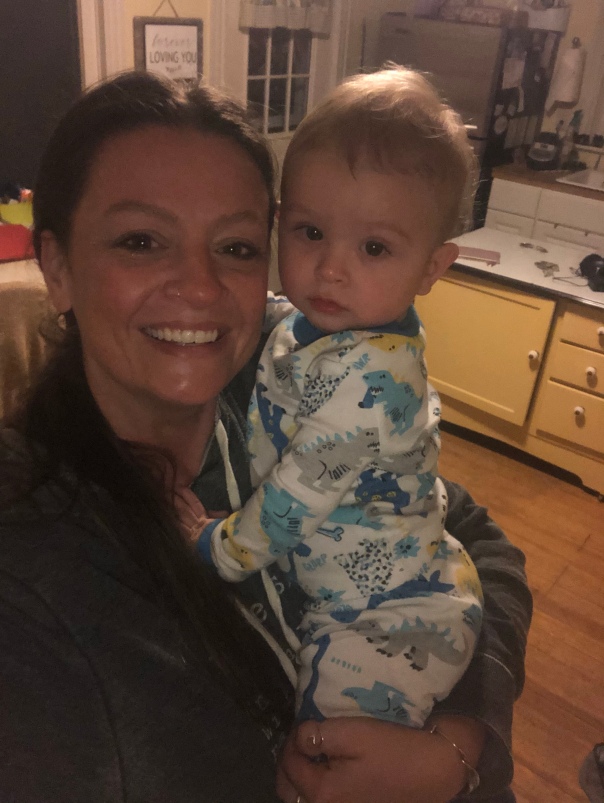 I went to court the following Monday morning, and asked for temporary guardianship. I found a daycare, called on my amazing network of friends to get everything we needed for him, and our lives got even more complicated by stay-at-home orders from March to July during the pandemic.

His parents were in and out of jail regularly during that. They didn’t take care of him, ask about him, call, or ask to see him. Homelessness, addiction and mental health issues don’t just disappear when responsibilities do.

I went through several court appearances that resulted in repeated extensions of the temporary guardianship, until I finally asked for permanent custody after 11 months. Each parent was gifted a lawyer. I, on the other hand, was asked for $10k for a trial retainer, and declined hiring my own for that reason. I asked the court 5 times for a court appointed lawyer to be assigned to represent the baby. I was denied because of my income all times, except the last, when I was helped by the lawyer I couldn’t afford to pay, who gave me advice on what to ask for. So, I fought for a lawyer for the baby.

Only then did the dad take action by finding a new girlfriend online during the pandemic. One with a house and car he could use. He got sober and started going to a monthly vivitrol clinic. The irony was, vivitrol is for heroin treatment, not meth or crack, which are his drugs of choice. But, no one listed when I explained all of this. No one checked when I told them he wasn’t going to AA or NA meetings. All they saw were letters that said he showed up for his shot and therapy. We all know those places are simply revolving doors, and “therapy” probably consists of having a pulse and a shot, and a checked box.

When I voiced concern about the fathers “secured housing” being dependent on the new relationship, no one else was worried. When I questioned the judgement of a woman who would move an addict with rotten teeth, no driver’s license, no sobriety, open court cases and an active restraining order for violence into her house, give him a car and turn one of her rooms into a nursery, no one else got creepy lifetime movie vibes, because she works for a school system, and owns her own home.

So, I started letting the parents visit. And, eventually, let dad take him overnights on Saturdays. I gave him most of his projects from daycare, I send him with his favorite meals and snacks. I told him about whatever skill we were working on (like “sorry”, cleaning up toys, or not throwing food). I stressed the importance of hydration and naps and knowing how to take his temperature. And we’ve been doing that for several months.

Ideally, Shawn gets to grow up knowing his dad. I’d prefer that he never know his mother for all the obvious (and several non-obvious ones.) I think she’ll do more damage coming in and out kid his life than she could ever do good. But, it’s not my place to decide. In a best world, Shawn is raised by his dad surrounded y people who love him.

So, I was left with a choice. I could go to trial and take a big risk, or I could withdraw my petition, and ask the parents and their court-appointed free lawyers to come to an agreement that took into considerations all the known risks of mental health and substance use disorders. I drafted up terms that included requirements to keep the baby in an EEC approved home based daycare, continued work with DCF, that he keeps his same pediatrician for continuity of care, that he only allow supervised visits with the mother (no sleepovers or driving with him), the same drug testing and MH & SA treatment that he does now, and most importantly a safety plan that includes a phone call to me if the father relapses, becomes institutionalized or incarcerated. Fighting by advocacy, I guess. They agreed and the order can not be changed unless by a judge.

Today, at 9:50am, I entered the dismissal. And, just like all cases in probate court, my nephew’s life was reduced to a docket number to everyone, it feels, except me.

His parents will have to check in with the judge in 120 days. Custody is returned to the dad, just like that and then the message that popped up in my Zoom screen… “the zoom meeting has ended.”

No transition plan. No plan of action. Does it end today?

I feel like I’m the only one wondering whether I’ll see him again. Whether or not he’ll get to eat almonds and spinach in his oatmeal, snack on black olives, Craisins and cheese, help himself to the marshmallows in the giant-sized canister of Lucky Charms, or yell out “Auntie, I’m coming” when he wakes up in the morning. Will he get to take his toys to his new house? Will he get to watch Stinky & Dirty or Barney on Amazon Prime when he’s tired? Will they diffuse Lemongrass, Rosemary or Eucalyptus when he’s sick? Will they remember that milk gives him a belly ache, and that he needs eczema lotion under his diaper cream? Will they make sure the seams of his socks aren’t crooked, and be sure the sleeves is his onesie aren’t gathered inside his shirt? Will they let him look out the window every night to see the “twinkle-twinkle” and remember to play white noise? Will they nurture his love for taking little things apart and putting them back together or his collection of amazing hats?

I’ve still not received a phone call or a text message from the dad. I had to message his lawyer and tell her to have him call me. I told her I’ll pick him up from daycare, the one he’s been at for a year and three months that the dad has never been to. And, while she replied that she’d have him call me, it’s wildly peculiar that He didn’t reach out immediately after court to make a plan to pick up his baby. The one he says he wants to come live with him, so he can parent. Doesn’t parenting include a transition plan and making a plan to pick him up?

So, yeah, the “fight” for him took the form of advocacy today. And, if the chance to be raised by a parent fails, I’ll be here for him again, in the future. Fighting for a safety plan, and a nurturing daycare, and doctors who know him was the best thing I could do for him at this time. I didn’t stop fighting for him, or wanting him, or wanting what’s best for him. Because, as I had to say to Savannah this morning “today, the right thing isn’t the best thing”.

For those who walked this journey with us, thank you for your love and support and gifts for him while we had him. And, while we hope we still get to see him and visit with him in the future, if we don’t, we still know that all the moments we had together helped him grow immensely, and gave his dad some time to be sober. Now, all we can do is see what happens. It was the longest and shortest, hardest, most challenging 15 months of our lives! But, wow, we got to practice so much love on this tiny little human! 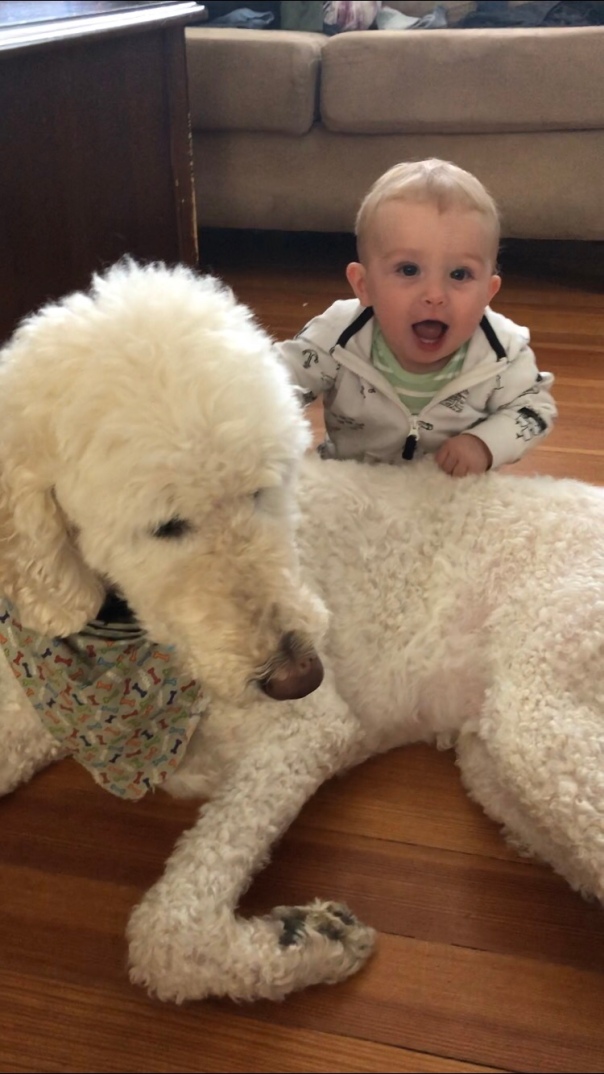 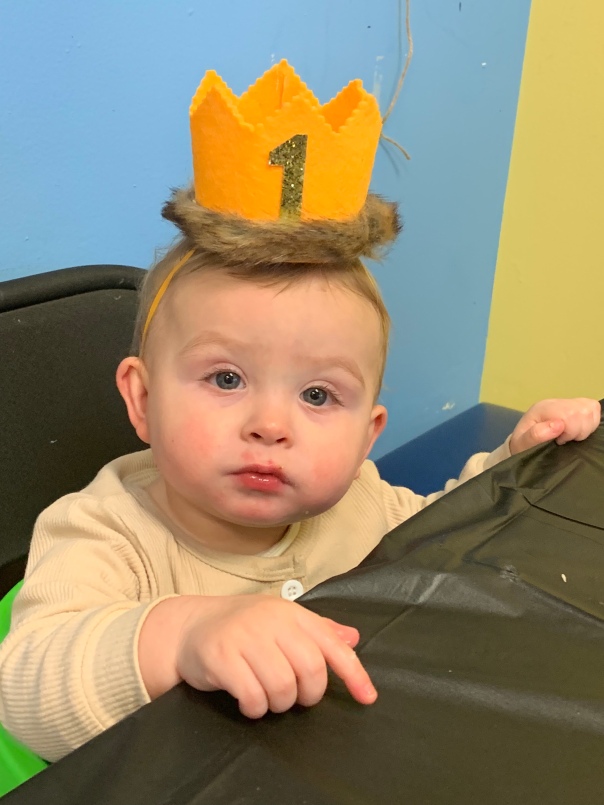 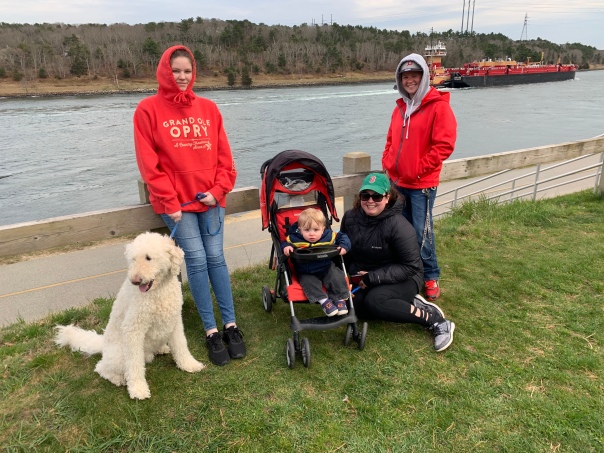 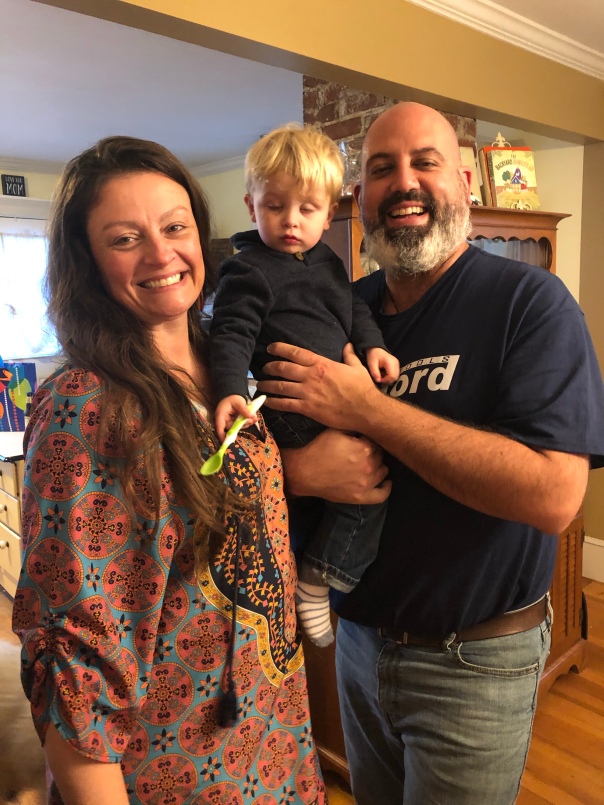